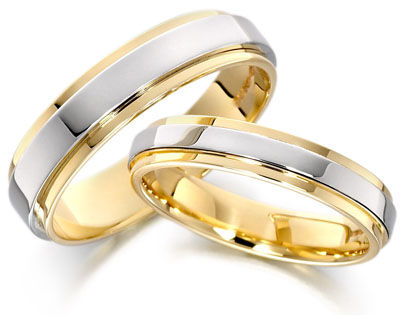 Marriage is a universal social institution which has been practised since the beginning of the history of mankind, perhaps with exception of one society- the Na People of China.

A clear understanding of its purpose will give us better knowledge and wisdom on how to make it work.

Where Does The Idea of Marriage Come From?

If you want to discover the purpose of something, it is best to ask the originator of whatever it is. The Bible gives a clear account of the institution of marriage in the book of Genesis.  We find that Marriage was God’s idea. After he created Man, he later created the Woman to be a help-mate for the Man and the two were pronounced ‘one flesh’ in Genesis 2:24.

From the passage in Genesis chapter 2, we find that after Adam had been given the task to be “fruitful and multiply” he still found no suitable mate (“but for Adam no suitable helper was found” Gen 2:20)

It was God’s initiative to cause the man to sleep and out of his rib he brought forth the woman and presented her to the man. This illustrates that the idea of marriage comes from God, and this point is essential for us as we aim to find the purpose of marriage.

With this understanding, below are five purposes of marriage:

1.      It Illustrates The Loving Relationship Between Christ And His Church

In my last post, I wrote that although marriage has been around since the beginning of man’s existence, understanding marriage in the context of God’s will at each stage is essential for us to understand its purpose. Paul in his letter to the Ephesians demonstrates that to some extent our knowledge of Marriage would have been limited if we were born before the death, burial and resurrection of Jesus Christ as he reveals a very important distinction since the resurrection.

“Surely you have heard about the administration of God’s grace that was given to me for you, that is, the mystery made known to me by revelation, as I have already written briefly. In reading this, then, you will be able to understand my insight into the mystery of Christ, which was not made known to people in other generations as it has now been revealed by the Spirit to God’s holy apostles and prophets. This mystery is that through the gospel the Gentiles are heirs together with Israel, members together of one body, and sharers together in the promise in Christ Jesus.”  Eph 3:2-6

Paul reveals that there were certain aspects of God’s will that were not made known to people in other generations until the coming of our Lord Jesus Christ; hence, with this in mind it is in Paul’s same letter we now get to understand more about Marriage:

“And further, submit to one another out of reverence for Christ.

As the church submits to Christ, so you wives should submit to your husbands in everything.

For husbands, this means love your wives, just as Christ loved the church. He gave up his life for her to make her holy and clean, washed by the cleansing of God’s word. He did this to present her to himself as a glorious church without a spot or wrinkle or any other blemish. Instead, she will be holy and without fault. In the same way, husbands ought to love their wives as they love their own bodies. For a man who loves his wife actually shows love for himself.  No one hates his own body but feeds and cares for it, just as Christ cares for the church.

And we are members of his body.

As the Scriptures say, “A man leaves his father and mother and is joined to his wife, and the two are united into one.” This is a great mystery, but it is an illustration of the way Christ and the church are one.

So again I say, each man must love his wife as he loves himself, and the wife must respect her husband.” Eph 5:21-33

The key to this passage is the statement at the end “A man leaves his father and mother and is joined to his wife, and the two are united into one.” This is a great mystery, but it is an illustration of the way Christ and the church are one.

We can see that the originator of Marriage is now using this institution as a concept for us to be able to understand the redemption nature of God through the work of Christ and his Church.

The example of Christ gives us our clear roles in the way God designed them to be. If each person places Christ at the Centre of their lives, then they will see the need to follow through in reverence to Christ and by doing this, the following four purposes gain more meaning.

2.     It Provides Companionship Between A Man And Woman

We all have needs and one of the greatest needs we have as human beings is companionship. Marriage is one avenue to meet that need. It is the closest human relationship anyone can have and when it is done God’s way, it provides a safe place for you to be yourself.

We find in Genesis 2 that the first Man and Woman were both naked and were not ashamed. This is important to take note of as although this was before the fall, a good marriage should still strive for that type of vulnerability were you can expose yourself to your spouse and not be ashamed.  Unfortunately for many married couples, they tend to hide things from each other, they lie and cover up themselves fearing that they will be caught out. If this is what is going on in your marriage, you need to try as much as possible to change that.

This is where we begin to see the importance of having an understanding of God’s principles. For many of us, our reason for not exposing ourselves to our spouse could be out of the fear of being rejected or not being loved. In some other cases, it could be due to thinking that you will not be forgiven once the deeds are exposed. We can see that Paul in Eph 5:21 started off by saying that everything should be done out of reverence for Christ. When we understand how much God has loved and forgiven us, it should give us the capacity to love others in the same way, especially our spouse! Even though this might be painful, however, it gives us greater insight into what Christ has endured on our behalf.

3.     It Is The Only Legitimate Avenue To Express Our Sexual Desires

Sex is God’s idea and it is something we should not be ashamed of if we do it in the right context! God gave us the gift of sex and he wants us to enjoy it in marriage. By his design, he wants us to enjoy this within the covenant of marriage as it is the physical expression of becoming one flesh with another person (1 Cor 6:15-19).

“Marriage should be honoured by all, and the marriage bed kept pure, for God will judge the adulterer and all the sexually immoral.”  Heb 13:4

Sexual immorality is a major sin in God’s eyes: “But the cowardly, the unbelieving, the vile, the murderers, the sexually immoral, those who practice magic arts, the idolaters and all liars—they will be consigned to the fiery lake of burning sulphur. This is the second death.” Rev 21:8

I believe that because we are God’s creation made in his image, we are less of ourselves when we choose to be immoral because God is faithful to us and when a Man and Woman are faithful to each other they are demonstrating God’s nature. The act of Sex between the Married couple should bring about the intimacy and joy that God designed us to have in the marriage relationship.  Since trust is a major factor in relationships, having any type of extra marital affairs negates that trust and if a man or woman is having sexual relationships outside of marriage then he/she has given their most intimate being to another person without a commitment. In the spiritual context, their act of sexual activity made them one flesh, which in God’s design was made for marriage.

4.     It Is The Avenue For Procreation And Raising Up Godly Offspring

The Bible clearly says that within marriage, each partner no longer owns his/her own body but it is for the benefit of the other and it also encourages each partner to ensure that they have regular sexual activity so as not to allow temptation to overcome them (1 Cor 7).  Therefore, we can say that within marriage sex should be enjoyed, in addition to this we should also remember that with sex comes consequences- babies! This is obviously one of God’s purposes for marriage i.e. to have offspring. History tells us that this was a major purpose for many people in various cultures and was the first mandate given to mankind.

Malachi 2:15 says “Has not the one God made you? You belong to him in body and spirit. And what does the one God seek? Godly offspring.”

God in the Old Testament states very clearly that this is a desire of his. Hence, special emphasis was always made when a woman was found barren. In the New Testament, Godly offspring is still desired by God, however, it is even more of a desire that the parents play a role in influencing their children to grow up to obey their parents and become believers as stated in 1 Tim 3 and Titus 1:4.

5.     It Is The Foundation For Strong Secure Families and Communities

The trust built up between a married couple and the understanding of their roles in the marriage according to the scriptures, enables the couple to lay a strong foundation and environment for godly families. When we see God as a God that works through generations, we begin to get a glimpse of the bigger picture. Many Churches today are paying a strong emphasis on small groups or family groups, which is good, but from time we see that God has always worked through families- in fact, the Children of Israel are all from one family. This should help us see that part of God’s plan to bring his will and kingdom to the earth is to work through men and women who have great godly families. Raising godly children that will do likewise, will transform our society and bring God’s kingdom to many.

So what is the Purpose of Marriage? In short, it is to bring glory to God!

What Actually Does Commitment Mean In A Marriage?

‹ Does Your Work Matter? › Is Love Your Highest Goal?