What Jesus Went Through That Changed the World (Part 1) 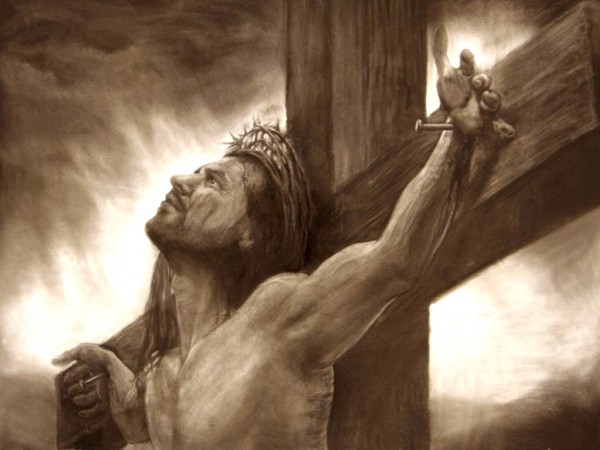 Today is Good Friday, let’s be reminded of what Jesus went through…. The account is taken from the Gospel of Luke NLT.

The guards in charge of Jesus began mocking and beating him. They blindfolded him and said, “Prophesy to us! Who hit you that time?” And they hurled all sorts of terrible insults at him. – Luke 22:63-65

Then the entire council took Jesus to Pilate, the Roman governor. They began to state their case: “This man has been leading our people astray by telling them not to pay their taxes to the Roman government and by claiming he is the Messiah, a king.”

So Pilate asked him, “Are you the king of the Jews?” Jesus replied, “You have said it.” Pilate turned to the leading priests and to the crowd and said, “I find nothing wrong with this man!” Then they became insistent. “But he is causing riots by his teaching wherever he goes—all over Judea, from Galilee to Jerusalem!” –  Luke 23:1-5

Pilate Delivers Jesus to Be Crucified

Then Pilate called together the leading priests and other religious leaders, along with the people, and he announced his verdict. “You brought this man to me, accusing him of leading a revolt. I have examined him thoroughly on this point in your presence and find him innocent.

Herod came to the same conclusion and sent him back to us. Nothing this man has done calls for the death penalty. So I will have him flogged, and then I will release him.” Then a mighty roar rose from the crowd, and with one voice they shouted, “Kill him, and release Barabbas to us!” (Barabbas was in prison for taking part in an insurrection in Jerusalem against the government, and for murder.)

Pilate argued with them, because he wanted to release Jesus. But they kept shouting, “Crucify him! Crucify him!” For the third time he demanded, “Why? What crime has he committed? I have found no reason to sentence him to death. So I will have him flogged, and then I will release him.” But the mob shouted louder and louder, demanding that Jesus be crucified, and their voices prevailed. So Pilate sentenced Jesus to die as they demanded. As they had requested, he released Barabbas, the man in prison for insurrection and murder. But he turned Jesus over to them to do as they wished.  Luke 23:13-25

Two others, both criminals, were led out to be executed with him. When they came to a place called The Skull, they nailed him to the cross. And the criminals were also crucified—one on his right and one on his left. Jesus said, “Father, forgive them, for they don’t know what they are doing.”

And the soldiers gambled for his clothes by throwing dice. The crowd watched and the leaders scoffed. “He saved others,” they said, “let him save himself if he is really God’s Messiah, the Chosen One.” The soldiers mocked him, too, by offering him a drink of sour wine. They called out to him, “If you are the King of the Jews, save yourself!”

A sign was fastened above him with these words: “This is the King of the Jews.” One of the criminals hanging beside him scoffed, “So you’re the Messiah, are you? Prove it by saving yourself—and us, too, while you’re at it!” But the other criminal protested, “Don’t you fear God even when you have been sentenced to die? We deserve to die for our crimes, but this man hasn’t done anything wrong.”

Then he said, “Jesus, remember me when you come into your Kingdom.” And Jesus replied, “I assure you, today you will be with me in paradise.” Luke 23:32-43

The Death of Jesus

By this time it was about noon, and darkness fell across the whole land until three o’clock.  The light from the sun was gone. And suddenly, the curtain in the sanctuary of the Temple was torn down the middle.

Then Jesus shouted, “Father, I entrust my spirit into your hands!” And with those words he breathed his last. When the Roman officer overseeing the execution saw what had happened, he worshiped God and said, “Surely this man was innocent.” And when all the crowd that came to see the crucifixion saw what had happened, they went home in deep sorrow.

But Jesus’ friends, including the women who had followed him from Galilee, stood at a distance watching. Luke 23:44-49

The Burial of Jesus

Now there was a good and righteous man named Joseph. He was a member of the Jewish high council, but he had not agreed with the decision and actions of the other religious leaders.

He was from the town of Arimathea in Judea, and he was waiting for the Kingdom of God to come. He went to Pilate and asked for Jesus’ body. Then he took the body down from the cross and wrapped it in a long sheet of linen cloth and laid it in a new tomb that had been carved out of rock.

This was done late on Friday afternoon, the day of preparation, as the Sabbath was about to begin. As his body was taken away, the women from Galilee followed and saw the tomb where his body was placed.

Then they went home and prepared spices and ointments to anoint his body. But by the time they were finished the Sabbath had begun, so they rested as required by the law. Luke 23:50-56

What Jesus Went Through That Changed the World (Part 2)