What Jesus Went Through That Changed the World (Part 2) 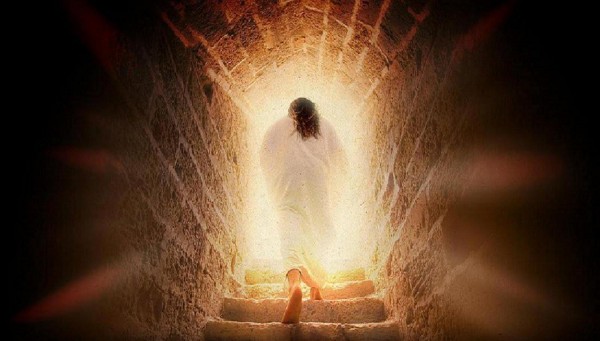 Happy Easter! The following account you are about to read is Part 2 on what Jesus went through that changed the world. This has changed our world forever.(Read Part 1 here )

But very early on Sunday morning the women went to the tomb, taking the spices they had prepared. They found that the stone had been rolled away from the entrance. So they went in, but they didn’t find the body of the Lord Jesus. As they stood there puzzled, two men suddenly appeared to them, clothed in dazzling robes.

The women were terrified and bowed with their faces to the ground. Then the men asked, “Why are you looking among the dead for someone who is alive? He isn’t here! He is risen from the dead!

Remember what he told you back in Galilee, that the Son of Man must be betrayed into the hands of sinful men and be crucified, and that he would rise again on the third day.” Then they remembered that he had said this.

So they rushed back from the tomb to tell his eleven disciples—and everyone else—what had happened. It was Mary Magdalene, Joanna, Mary the mother of James, and several other women who told the apostles what had happened. But the story sounded like nonsense to the men, so they didn’t believe it. However, Peter jumped up and ran to the tomb to look. Stooping, he peered in and saw the empty linen wrappings; then he went home again, wondering what had happened. Luke 24:1-12

Jesus Appears to the Disciples

Then the two from Emmaus told their story of how Jesus had appeared to them as they were walking along the road, and how they had recognized him as he was breaking the bread.

And just as they were telling about it, Jesus himself was suddenly standing there among them. “Peace be with you,” he said. But the whole group was startled and frightened, thinking they were seeing a ghost!

“Why are you frightened?” he asked. “Why are your hearts filled with doubt? Look at my hands. Look at my feet. You can see that it’s really me. Touch me and make sure that I am not a ghost, because ghosts don’t have bodies, as you see that I do.”

As he spoke, he showed them his hands and his feet. Still they stood there in disbelief, filled with joy and wonder. Then he asked them, “Do you have anything here to eat?” They gave him a piece of broiled fish, and he ate it as they watched.

Then he said, “When I was with you before, I told you that everything written about me in the law of Moses and the prophets and in the Psalms must be fulfilled.”

Then he opened their minds to understand the Scriptures. And he said, “Yes, it was written long ago that the Messiah would suffer and die and rise from the dead on the third day. It was also written that this message would be proclaimed in the authority of his name to all the nations, beginning in Jerusalem:

‘There is forgiveness of sins for all who repent.’ You are witnesses of all these things. “And now I will send the Holy Spirit, just as my Father promised. But stay here in the city until the Holy Spirit comes and fills you with power from heaven.”  Luke 24:35-49

The Promise of the Holy Spirit

During the forty days after he suffered and died, he appeared to the apostles from time to time, and he proved to them in many ways that he was actually alive. And he talked to them about the Kingdom of God.

Once when he was eating with them, he commanded them, “Do not leave Jerusalem until the Father sends you the gift he promised, as I told you before. John baptized with water, but in just a few days you will be baptized with the Holy Spirit.” Acts 1:3-5

The Ascension of Jesus

So when the apostles were with Jesus, they kept asking him, “Lord, has the time come for you to free Israel and restore our kingdom?” He replied, “The Father alone has the authority to set those dates and times, and they are not for you to know.

But you will receive power when the Holy Spirit comes upon you. And you will be my witnesses, telling people about me everywhere—in Jerusalem, throughout Judea, in Samaria, and to the ends of the earth.” After saying this, he was taken up into a cloud while they were watching, and they could no longer see him.

As they strained to see him rising into heaven, two white-robed men suddenly stood among them. “Men of Galilee,” they said, “why are you standing here staring into heaven? Jesus has been taken from you into heaven, but someday he will return from heaven in the same way you saw him go!” Acts 1:6-11

Because Jesus rose from the dead, there is hope for any situation we might currently be in. While we await his return, I want to play my part in sharing this Good News, hope you can share this with your friends also!

What Jesus Went Through That Changed the World (Part 1)